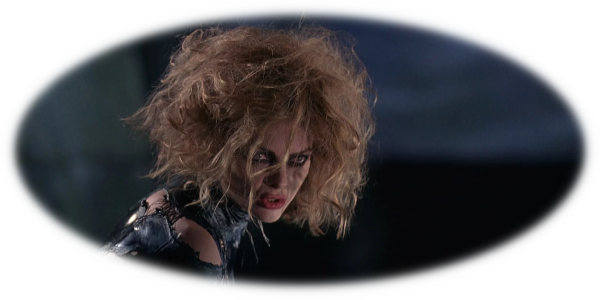 THE TRANSSEXUAL CATWOMAN, OR: HOW I LEARNED TO STOP WORRYING AND FEEL SO MUCH YUMMIER

That's my name, Max-a-millions, don't wear it out or I'll make you buy me a new one.

Whenever people ask how I knew that I was a transsexual woman, I feel like they're expecting some kind of story about a lifetime of dysphoria or a childhood spent playing with dolls. So, I've come to accept their surprise, and even their concern, when I answer very specifically on December 18, 2017, I saw Batman Returns at the Music Box Theater in Chicago on 35mm, and assuming that the show started right on time at 9:30 P.M., Michelle Pfieffer as Catwoman said "I feel so much yummier" at exactly 10:03:40 P.M.. And that's when I knew.

Well, I suppose that I didn't actually know at the time. That came later. My original takeaway from the film was one that was a lot more class and revolution based, focusing on the relationships between the bat, the cat, and the penguin to Gotham's corrupt capitalist establishment. It was, essentially, the first "serious" review that I had ever written about a film and while the immaturity of my writing style shows, the sentiments are still quite interesting. Although I didn't mention it as much then, my immediate, unshakeable, visceral appreciation of and kinship with and fixation on Selina Kyle from that night—she may not know exactly who Catwoman is, or how to really comprehend her new anti-identity, but it's better than being the powerless person she once was—would metamorphose inside of me until eventually, I realized that wanting to be her...just meant wanting to be her.

Selina Kyle is meek. She is directionless, listless, afraid, nervous, and completely unsure of who she is. She has been told countless times by bosses and advertisements and men exactly who the person that she needs to be is, but she cannot be that person and she is not that person and worst of all, she feels stuck in this endless torment of trying to be that person anyway.

But then she is killed. She dies. She has a moment in which one life exits her body and another one enters. And this new life knows better. It is better.

She goes home and enacts a parody of her normal domestic routine. An advertisement tells her to be the person that she's supposed to be again and she screams and destroys her entire apartment, unable to tolerate or stand all of these relics and artifacts of her previous life anymore. They need to be eliminated and erased and re-tooled to suit her new self. She needs to suit her new self—her entire wardrobe is not only inappropriate to her needs but outright hostile reminders of prior tastes. And when everything is said and done and she has created the form of her new persona, decided and determined who she is and who she is going to look like, a perverted and fucked-up abject ghoul of a woman with a secret identity and grudge against society and the vindictive willingness to rage against it—she feels so much yummier.

Catwoman was mistletoe, deadly if you eat it, and I let the poison course through my body to kill me and make me new, to make me just like her. And as I pass my second year of being out as transsexual and approach my 243rd day of hormone replacement therapy, I feel so much yummier, too.